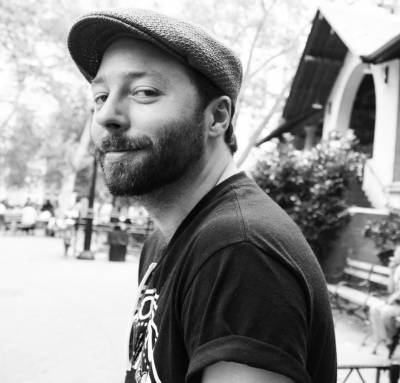 Say hi to Sean, one of our Drum and Keyboard tutors here at Dronfield Music Tuition. Sean started drumming at the age of 10 when he was introduced to the band Queen and their intensely theatrical live performances. In that very moment he decided that banging the hell out his mums’ pots and pans until his parents eventually bought him a drum kit was definitely the best use of his time.

After soon realising the potential of his talents, he worked tirelessly to make the most of his potential. He has appeared on BBC television’s The Next Big Thing at just 16 years old, and later Channel 4’s Mobile Act Unsigned and the TV hit show Hollyoaks, by which time also touring across the globe from Europe to Canada; the U.S. to Russia. This coincided with airplay synced with ESPN, Sky Television, and Channel 4. He has also performed recording sessions at some of the UK’s most prestigious studios including Metropolis London and the BBC’s Maida Vale (Radio 1 punk show with Mike Davies).

In 2007 Sean began using his drumming experience to engage the local community through drumming youth workshops held at the YMCA in Ellesmere Port. This new endeavour sparked a new interest in large ensembles with Samba and African djembe drumming, which continued to flourish into his work in secondary schools across Cheshire and the Wirral.

At the time of writing Sean has just finished the Master of Music Therapy programme with Nordoff-Robbins at Goldsmiths University London. He is now working to incorporate his music therapy skills into his overall teaching with service users across the Bradford District. Throughout his teaching work at St Joseph’s Catholic College and Bradford Music and Arts Service there is a lot of emphasis on utilising musical experiences to be channelled into home use as well as performance.

Being a good tutor is impossible without up to date gigging experience, so Sean currently divides his time between his current party group Electric Idols as well as punk outfits Random Hand and Crazy Arm. He also loves rocking out on keyboards for JB Conspiracy.

A little bit more about Sean: